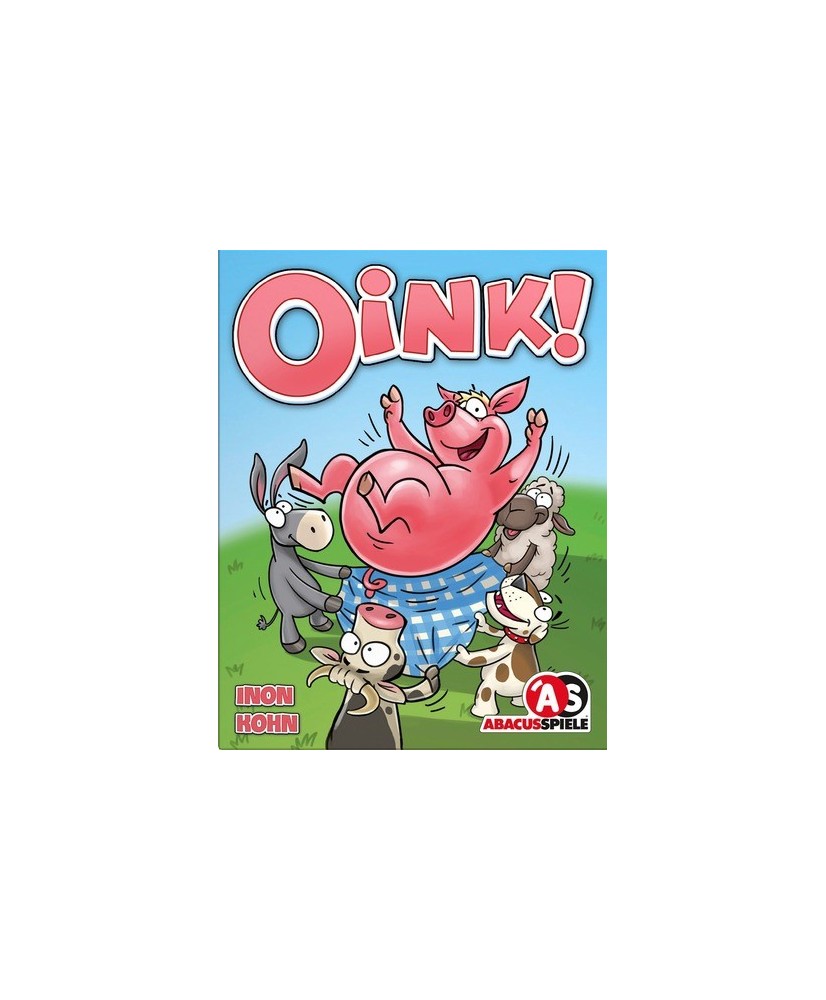 Oink! challenges players to make lightning-fast strikes when two similar animals appear on the table — but in addition to striking the table, they need to make the proper animal noise faster than anyone else, and whoever does so claims all of the available cards. Watch out, though, as the naughty pig intrudes again and again between other animals with a loud "Oink!" In more detail, shuffle the ninety cards and deal them equally face-down to all players, who then takes turns drawing one card and playing it on top of a central pot. Should an animal be added to the pile while it's already the top card, players race to strike the table while woofing, baaing or otherwise making the sound of the animal depicted. Should the top two cards sum to 7, however, players must strike the table and "Oink!" at the same time. While the numbers on most animals range from 0-6, the pig has special rules, with a 7 on each card; thus, whenever a pig is placed on the pile, everyone must race to slap and oink as quickly as possible! Whenever a player correctly slaps the pile, she places the cards aside in a score pile; if incorrect, she must add a card from her deck to the discard pile (or scratch her head while making monkey noises, as the players prefer). When all players run out of cards — or when at least one player is out and someone has claimed the pile — the game ends. Players then compare the height of their score piles to see who's claimed the most cards and won. 2014 Kinderspielexperten "5-to-9-year-olds" Nominee Components 90 cards 14 cards each of dog, cat, donkey, chick, cow and sheep, with the numbers 0-6 appearing twice 6 pig cards, each with the number 7 Rules