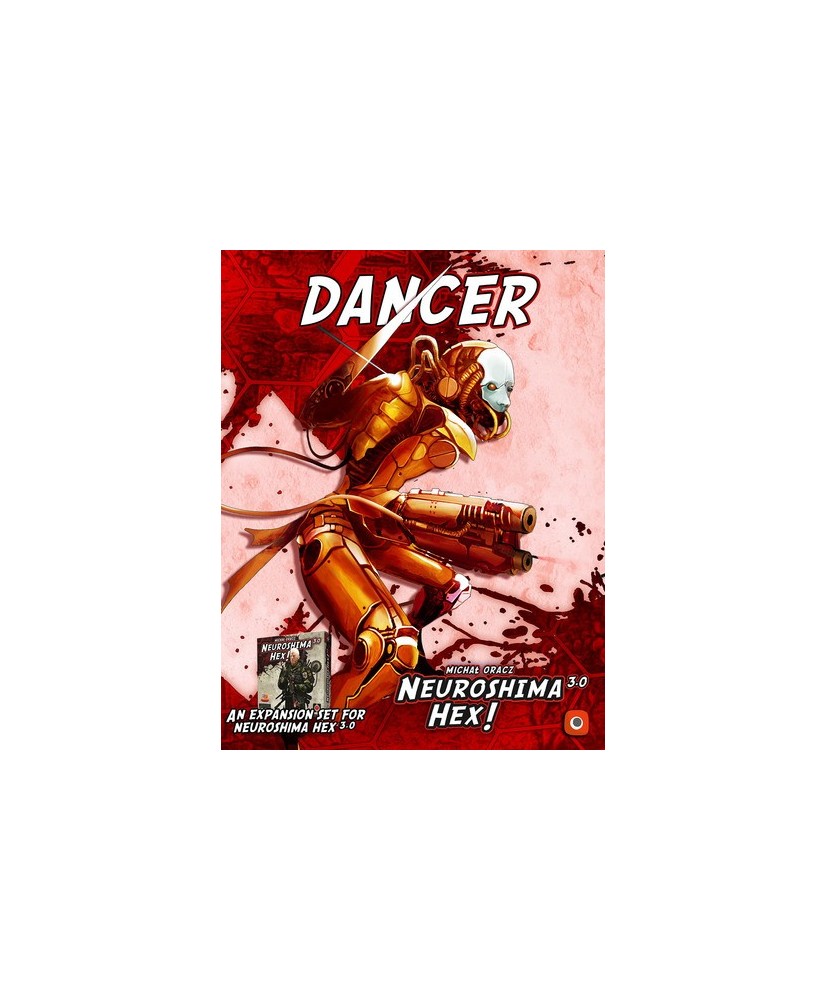 The Moloch attack on Omega had unforeseen consequences: Damage to the facility set three strange creatures free. They are the product of a secret genetic research project, code named "Dancer". Now, half-mad and with no control over their instincts, creatures begin fighting for survival in the post-apocaliptic wasteland. The Dancer is a completely new challenge for Neuroshima Hex players. Neuroshima Hex! The Dancer is the second army pack, part of a series of mini game expansions containing one Neuroshima Hex army. The army’s author is one of the game's most hardcore fans, known worlwide for his great fan armies published on BoardGameGeek.com – Rustan Håkansson from Sweden. Dancer was first published as a PDF file on BoardGameGeek and soon became very popular. It is one of the most original and strange designs ever made for Neuroshima Hex. This army has three HQ tiles and no unit tiles at all! All tiles in this army are action tiles (Move, Push back, Battle, etc.).
Portal Games
Extensie