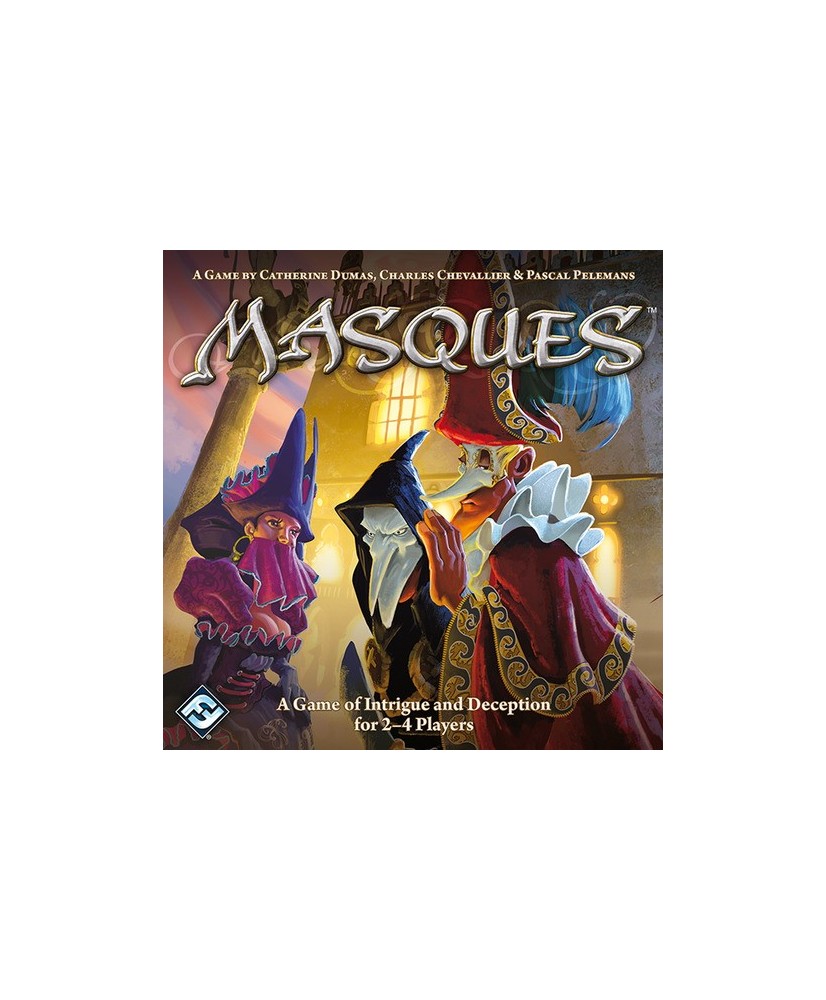 As the head of an ambitious Venetian family in Intrigo (a.k.a. Masques) – which won the 2009 Concours de créateurs under the title St Benoît – you have sent your most influential representatives to mingle at the Doge's masquerade ball. By cleverly positioning these guests (and by manipulating the guests of your opponents), you'll vie for the attention of Venice's elite guild masters, ensuring the most political power for your family. Gameplay revolves chiefly around the clever use of guest cards with varying levels of influence. Each player receives a hand of guest cards, and each guest card has an influence value and its own power, e.g., the peddler, the assasin and the gondolier. The higher the influence, the greater that guest's clout at court. Each player's hand consists of a mix of cards representing members of any of the families currently in play. Use a rival family's guest cards against them, and watch for chances to set up your own house for success. Each of the rooms of the Doge's palace offer tokens representing a guild's favor or valuable ducats to be won by ambitious nobles. The spaces between each card that represents a room in the palace are the hallways of the Doge's estate – the areas in which guest cards are placed to compete for adjacent resources.
Fantasy Flight Games
Joc de baza