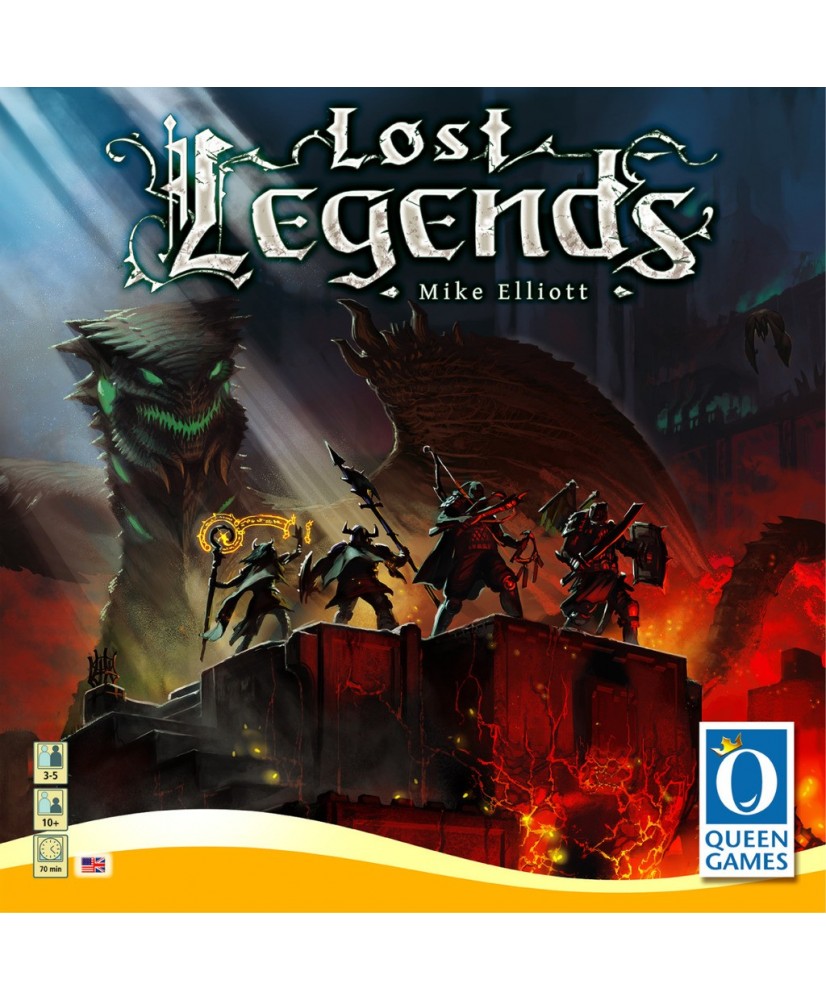 Lost Legends is a fantasy card game by Mike Elliott that combines a streamlined Euro game design and card drafting with an interesting fantasy theme and battle mechanic. Players take on the role of heroes trying to assemble an arsenal of equipment in order to vanquish a series of monsters that they will encounter. The game begins with all players choosing one of five heroes each with their own strengths and weaknesses. Each player fights their own monster; this is not a cooperative game. The monster each hero will likely face is revealed to them before players draft cards for their equipment. An interesting aspect in this game is you may, if the conditions are right, evade a monster in front of you, and pass it to the hero next to you. But be aware if you do this you have to fight the monster you draw next! Players then select an equipment card drafted from a hand of cards, and pass the remainder of the hand to your left to prepare for battle with the monster in front of them. The equipment draft continues in this manner until only one card is left in each hand, which is discarded. Players then compare their drafted equipment to their monster to determine the result of the battle! The game consists of 3 levels filled with monsters to slay and new equipment to pick up. Players need Legend Points to win the game! These come in the form of trophies awarded for most monsters as well as sets of monsters slain. Can you defeat the monsters thrown in your path to glory and become the most Legendary? Components 5 hero boards 90 equipment cards 60 monster cards 30 gold tiles 28 trophy tiles 35 legend point tiles 35 damage counters 5 life markers 5 mana markers 5 experience markers Rules
Queen Games
Jocul de baza