RRice Dice: A Spirits of... 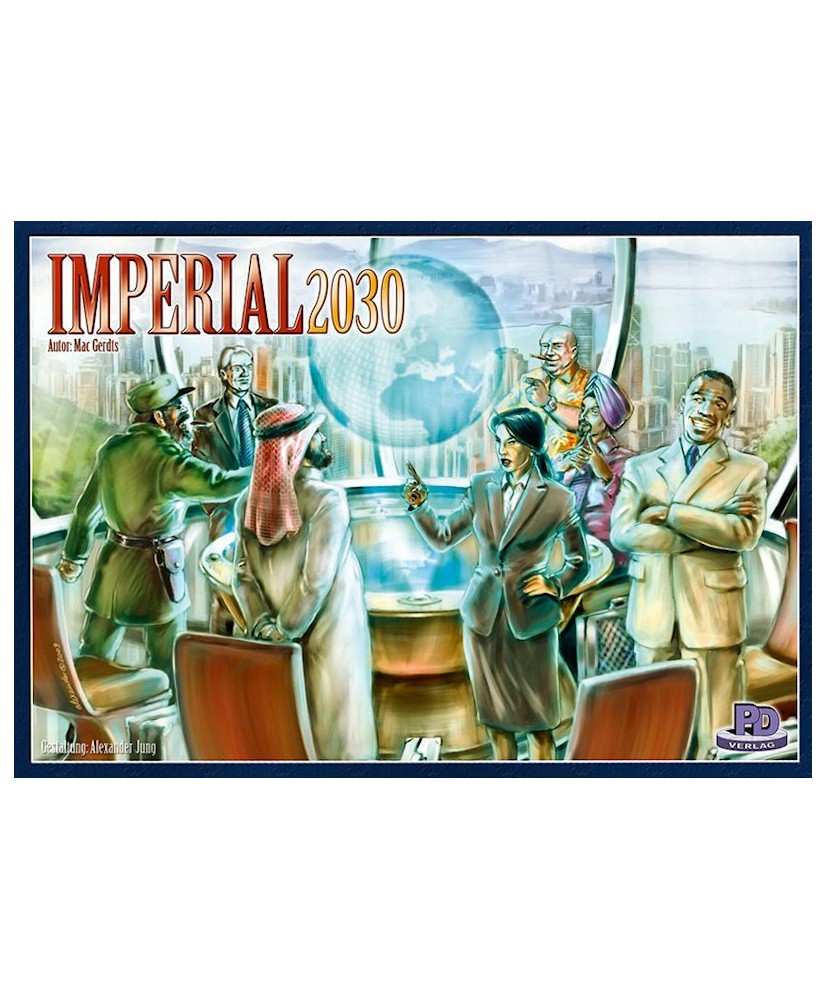 Imperial 2030 is a game on its own, based on the rules of Imperial. The six powers (USA, Europe, Russia, China, India, and Brazil) develop their industrial basis and build up armies and fleets. They fight over control of neutral land and sea areas in order to become the most powerful nation worldwide. In this game it is not the players who take turns, but the six powers, one after another. The players are just internationally operating investors who act in the background. By giving money to the six powers, which all have their own treasuries, the players influence the politics. The biggest investor in each nation gains control of that nation's government and decides what the nation will do. As control of a government can change with each new investment, players may control several governments at the same time. As investors, players should not get too attached to their preferred nation, but rather focus on where their investments have the best rates of return. Essentially the game is about money, and not about military domination! Imperial 2030 was released at Essen 2009 by PD-Games and Rio Grande Games. Compared to "Imperial" there will be some new features: - new wooden bits - the Swiss Bank - a new 30 million bond to invest in - more neutral territory, generating higher taxation - fewer home provinces - control of canals (Panama and Suez). 2011 Gouden Ludo Nominee 2011 Nederlandse Spellenprijs Nominee Differences between Imperial and Imperial 2030 Nations: The nations are now United States, Europe, Russia, China, India and Brazil. Game Board: Nations have only 4 home provinces and a max of 4 factories. There are many more sea (11 vs. 9) and neutral (27 vs. 15) regions. The board wraps around: the sea regions on the western and eastern edges of the board are adjacent to each other. Canals: Fleets can use the Panama and Suez canals and troops may be transported through them. If a nation controls Colombia, they may deny the use of the Panama Canal to other nations. If a nation controls North Africa, they may deny the use of the Suez Canal to other nations. Rondel: When moving more than 3 spaces, the payment for additional spaces is $1M + ($1M x nation's Power Factor). Bonds: Each nation now also has a $30M bond that pays $9M (30%) interest. Taxation: Success Bonus for a player is a fixed amount based on the Tax Chart. Also, the bonus is taken out of the nation's treasury instead of the bank thus the player may not receive the full amount if the treasury is short of money. Swiss Bank: Any player who does not control a government receives a Swiss Bank instead. If a nation tries to pass the Investor space on the Rondel, a Swiss Bank can force the nation to stop on the Investor space if there is enough money in the Treasury to pay out all interests.