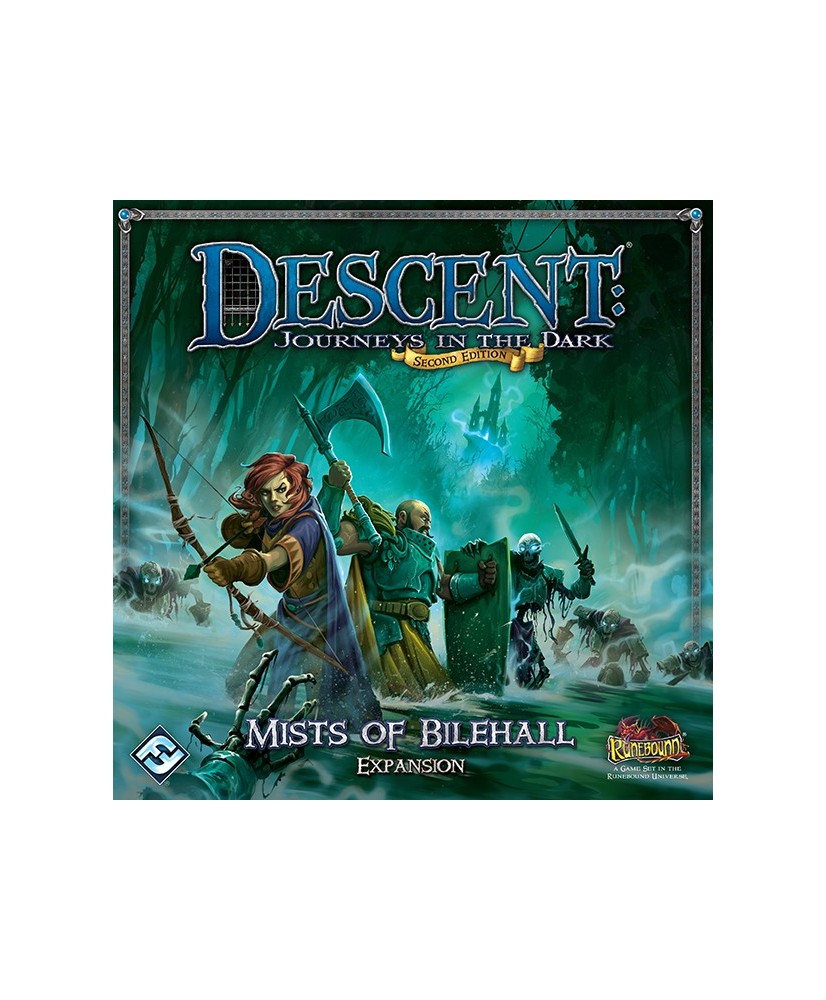 Descent: Journeys in the Dark (2nd Edition) – Mists of Bilehall

A strange curse taints everything. It clings to the flesh and lingers within the lungs, a poison that destroys the soul while leaving the body to shamble on. A small settlement of the damned has formed near the border, a collection of unfortunate trespassers now unable to leave the accursed land. You have joined their number, but not their despair. Ready your gear and bolster your courage; your journey into the Mistlands is about to begin. Venture into the Mistlands of Terrinoth in Mists of Bilehall, a new expansion for Descent: Journeys in the Dark! A full, one-act campaign is included in this expansion, chronicling the heroes’ adventures and the dark deeds perpetrated in this misty realm. What’s more, no new heroes or hero classes are included in this Descent expansion: instead, Mists of Bilehall has been configured to enhance the power of the overlord. To that end, your army swells with twelve sculpted plastic figures – six reanimates, three broodwalkers, and three bone horrors. The very ground may give way beneath the heroes with the introduction of old walls and crumbling terrain, while the evil of Bilehall influences the heroes through the introduction of tainted cards. Even the doughtiest heroes will be hard-pressed to survive in this land of mist and half-truths. Enter Waiqar's domain in Mists of Bilehall!
Fantasy Flight Games
Extensie