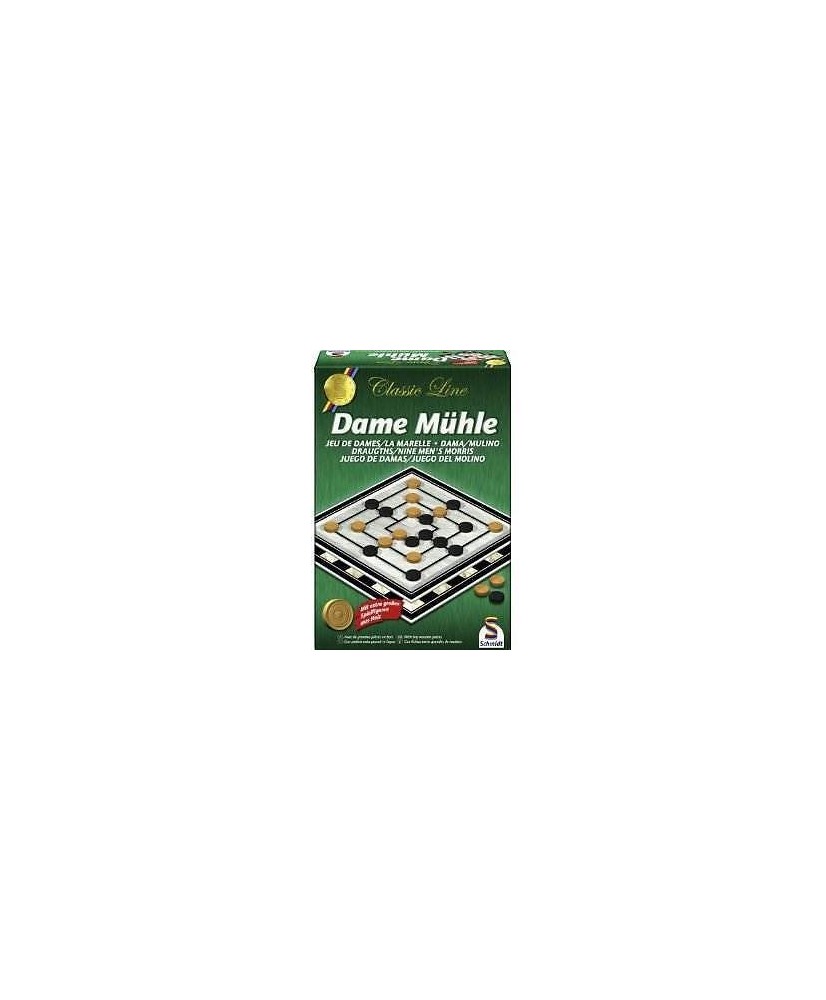 Nine Men's Morris is a very old game that has been played for thousands of years all over the world. It was most popular about five hundred years ago and was played by Monks in churches as well as on village greens throughout England. The game is for two players. One player has nine black playing pieces, the other has nine white playing pieces. The first player to reduce their opponent to two pieces wins. In the first stage of the game players take turns placing their pieces on the board, attempting to make a line of three. Once all the pieces have been placed, players may slide them, still attempting to make a line of three. Whenever a player makes a line of three, they remove an opponent's piece of his choice. When one player has only three pieces left, he is allowed to move any piece from any point on the board to any other point in order to more effectively block the winning opponent and to make a line of three. As soon as one player is left with only two pieces, his opponent wins.
Schmidt Spiele
Joc de baza