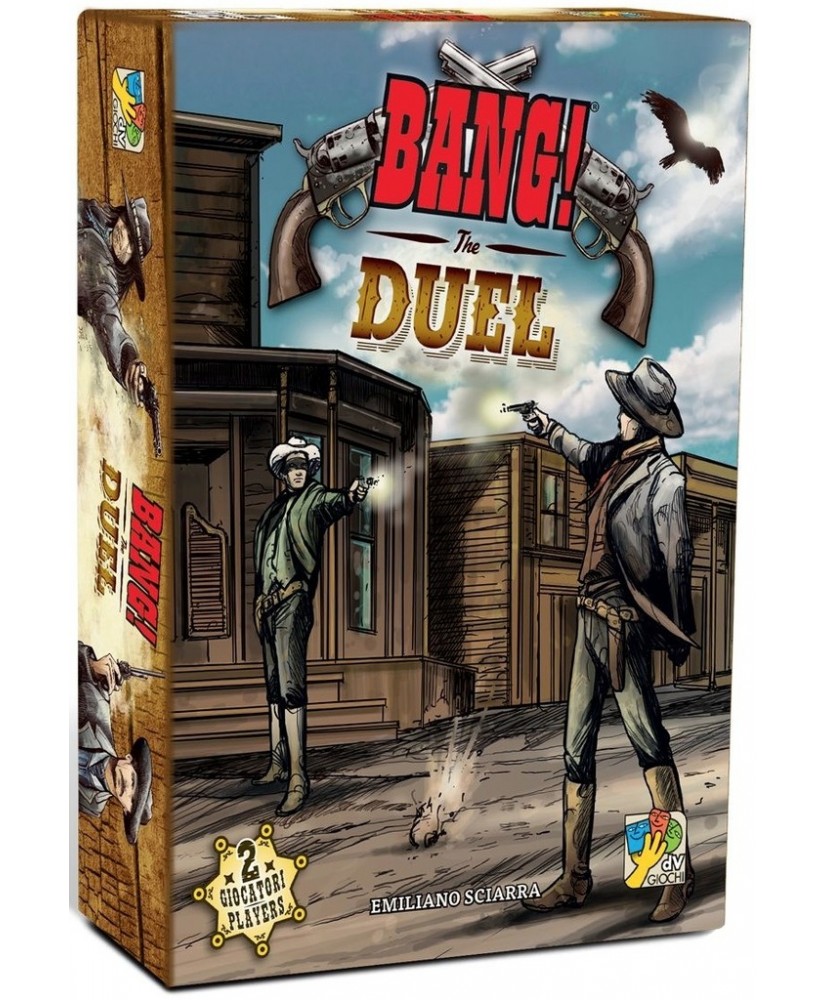 BANG! The Duel is a two-player version of BANG! in which each player chooses a certain number of characters from a personal deck, with one deck containing lawful individuals and the other one outlaws; the more characters you choose, the longer the game. Each player starts with two characters in play, with one being in front of the other. Each player also has an individual deck of action cards, with the lawful player specializing in drawing cards and the outlaw player specializing in tricks. Players take turns playing cards, trying to take out the opponent's characters. As you do, new characters come into play, and whoever eliminates all of their opponent's characters first wins.
dv Giochi
Joc de baza