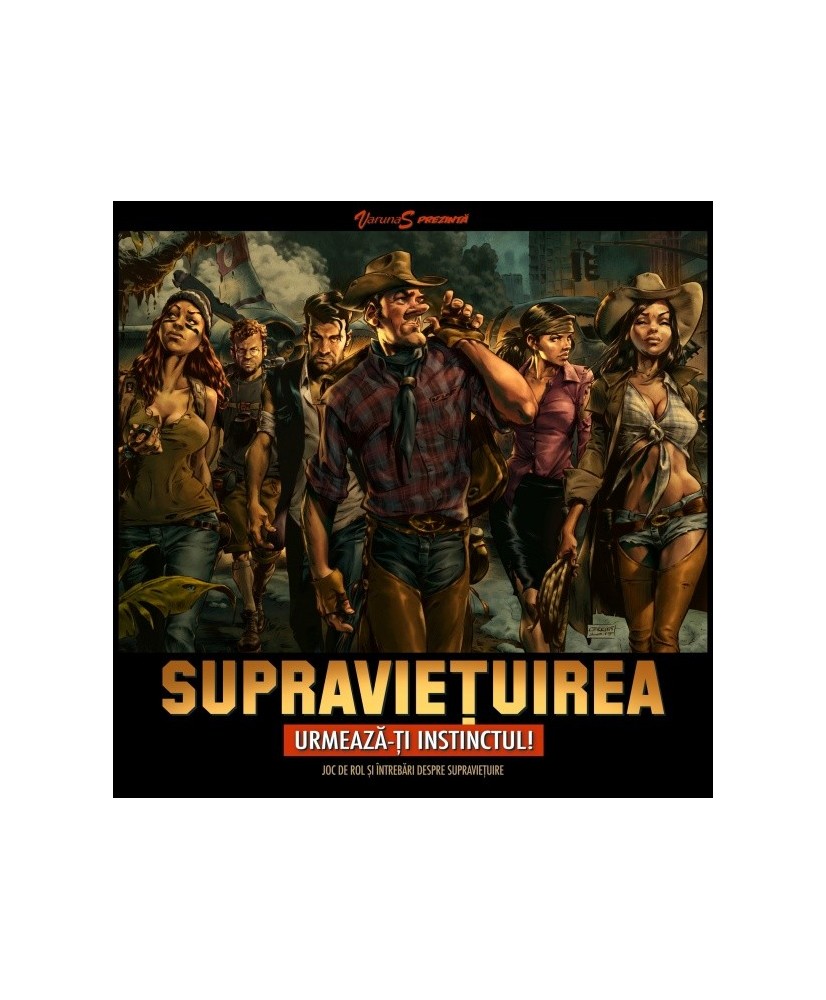 Survivory Instict is the answer For 2-6 players Playing time: 60-90 minutes Trivia and role-playing game in one. Survivory is a unique combination of a survival-themed trivia game where correct answers are rewarded by essential survival items for the players' characters and a final role-play scenario that puts that preparation to the test. The cooperating pairs of players get a pretty thorough survival education in a fun environment. The three different scenarios (Blackout in winter / Plane crash in the jungle / Zombie outbreak) and the hundreds of Q&A cards provide endless variability. Features: 6 characters with different skillsets and traits including health, stamina and luck attributes 3 survival scenarios players can pick at the beginning of each game: Blackout in winter, Plane crash in the jungle, Zombie outbreak over 200 survival knowledge cards with multiple choice questions on one side and the correct answer on the flip side 18 comic "knowledge" cards regarding zombie outbreak survival questions tailored lists of survival gear for each scenario
Bohema
Joc de baza