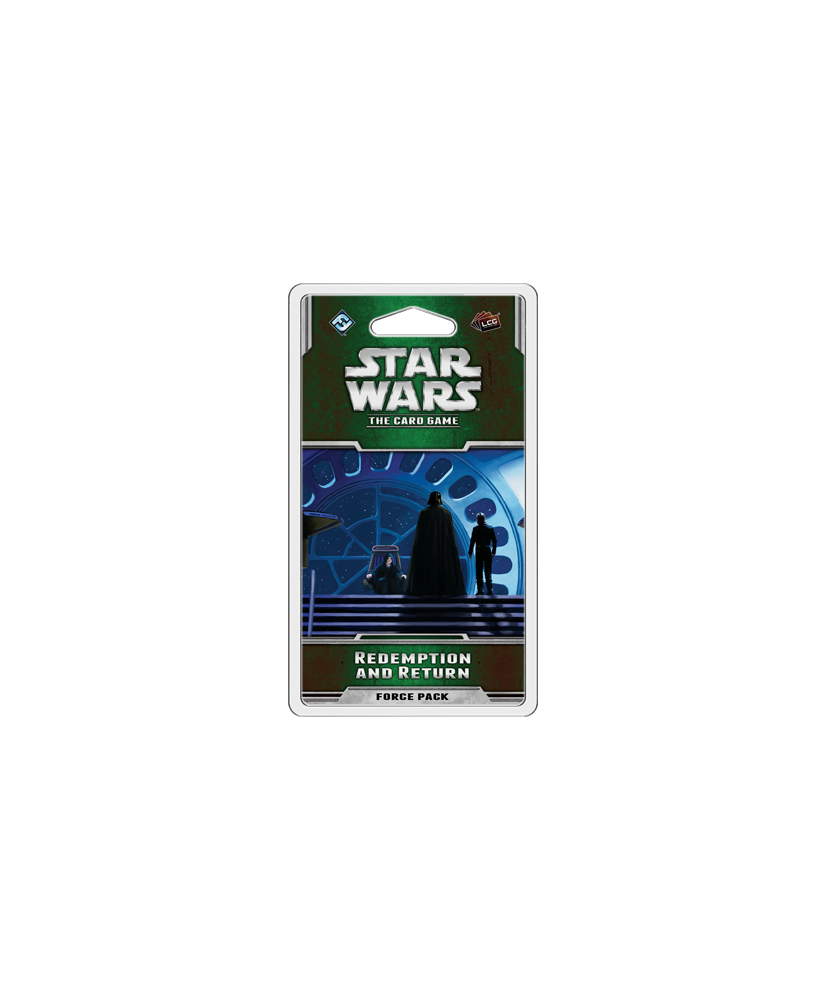 “I have to face him.” –Luke Skywalker, Star Wars: Return of the Jedi The battle for Endor has raged in three arenas—on the Forest Moon, in the skies around the Death Star, and in the Emperor’s tower, as the Lords of the Sith confront the last Jedi. Now, with the Redemption and Return Force Pack for Star Wars: The Card Game, you can play out these iconic conflicts in your own games. Like the other Force Packs of the Endor cycle, Redemption and Return follows the climactic events of Return of the Jedi while introducing new mission cards to change your strategies and methods. These missions are objective cards that you can play under your opponent’s control, which offer powerful rewards when they’re finally destroyed. In addition to new missions, the ten new objective sets (two copies each of five distinct sets) included in this expansion offer new versions of Luke Skywalker and Emperor Palpatine to expand your options and inspire your deck-building.
Fantasy Flight Games
Extensie