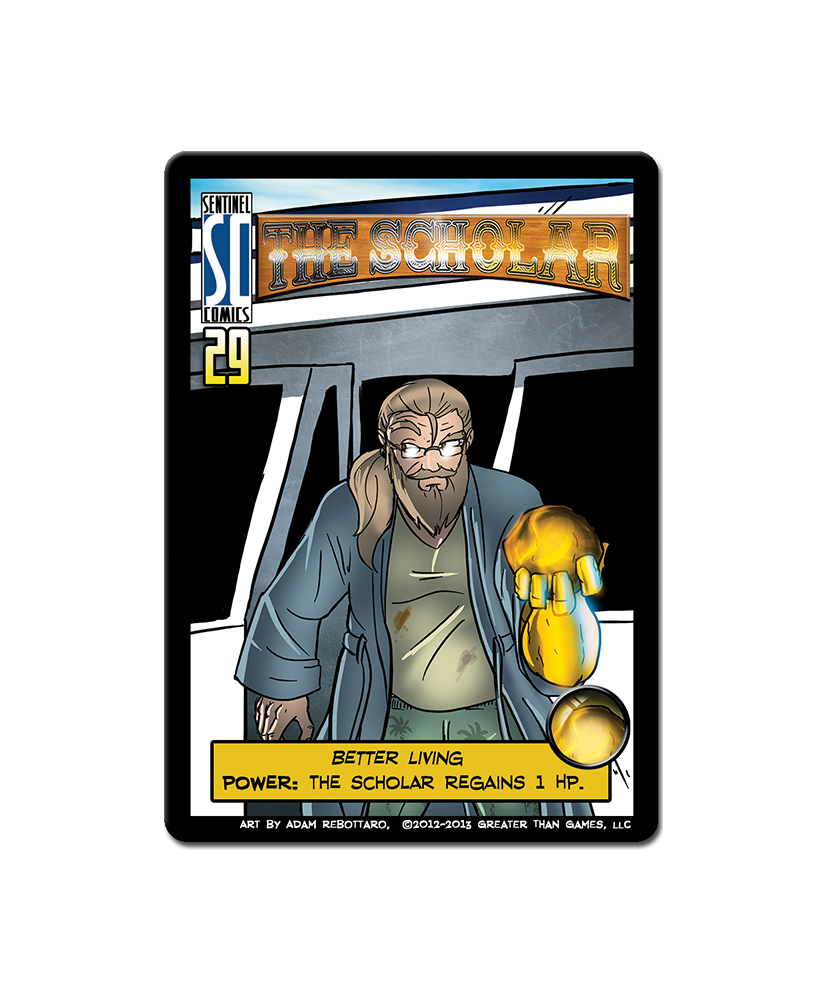 Sentinels of the Multiverse: The Scholar

No one really knows where John came from. He just showed up one day in the Everglades on his houseboat. The gators didn't seem to pay him much attention. Once in awhile, one would crawl up on his boat, and John would come out and talk to it in hushed tones until it wandered off. Folks found John strange, but it was clear he wasn't trouble. Just a kindly old coot who kept to himself. All sorts of stories were made up about the strange, swamp-dweller, but none came close to the truth. John Rhodes was, in fact, the world’s most talented alchemist, and wielder of the Philosopher’s Stone. John had always had an affinity for altering the very threads of existence. He could feel them as they stretched around him, connecting everything to everything else. So, when those lines drew him to a mysterious, glowing stone, he knew it was right and proper to take it with him. The stone allows him to twist the lines, rather than just perceive them, and he can now easily transmute objects into other materials. John, The Scholar, mostly keeps to himself, though he’s always willing to share a bit of wisdom and a bite to eat with anyone who passes by. However, now and again, he feels the ley-lines pull and twang sharply, which shouldn't happen. He’ll travel from one place to another, easing the tension on the lines by stopping the odd, extra-planar entity from entering this dimension, or keeping the crazed scientist from pulling the moon into the earth, or halting the nightmarish legions of a comatose little girl. Sometimes, he’ll work with other gentle souls to accomplish his goal - he doesn't mind a little company now and then. Mainly he just wants to keep things copacetic.
Greater Than Games
Extensie