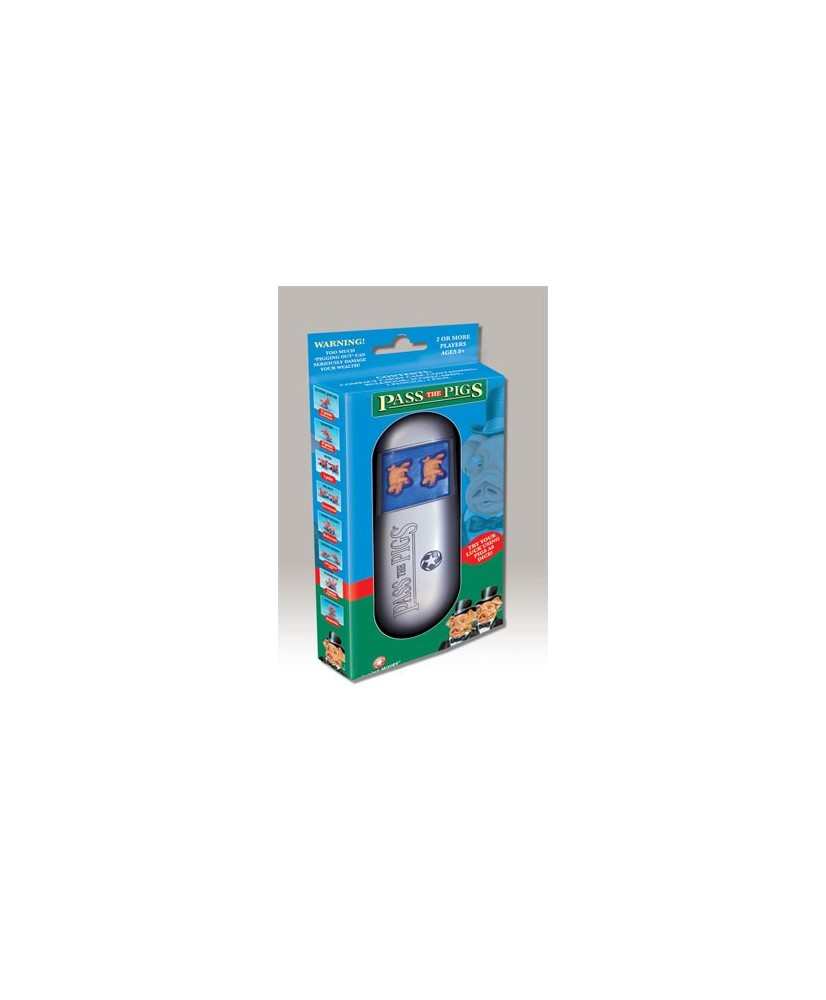 This very portable beer & pretzels game comes as a pocket travel case containing 2 pig dice, two pencils and a scoring booklet that also includes the scoring table. The pigs are actual pig miniatures, with a dot on their right flanks. The object is to be the first to score 100 points using "pigs" as dice. On your turn, you throw the pigs and hope they end up in a scoring position such as a "snouter," "trotter," or "leaning jowler" (ranging in value from 1 to 60 points); if they do, you decide whether to "cash" the points (pass the pigs to the next player) or to roll again. If you roll a non-scorer ("pig out" - one pig on the right flank, the other on the left flank; a fairly frequent result), you lose any as-yet-uncashed points. If you throw an "oinker" (both pigs touching each other), you lose your entire accumulated score. If you throw a "piggyback" (one pig on top of the other), you're altogether eliminated! The variant Hog Call rules allow the other players to risk predicting the outcome of the throw; if predicted successfully, the hog caller earns twice the value of the position *and* deducts that same amount from the roller's score!
Winning Moves
Jocul de baza