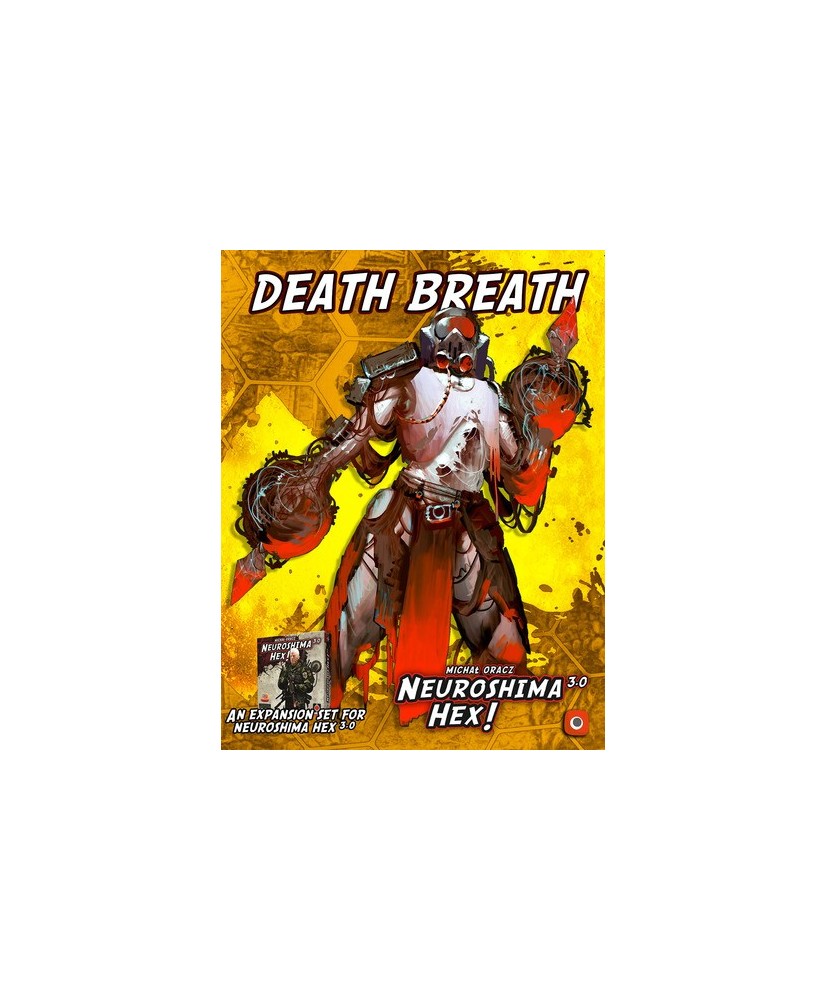 The Death Breath is a terrifying virus which began spreading forth from the eastern enclaves of the Moloch. It infects every living thing, changing them into brainless, bloodthirsty beasts. Victims of these attacks become infected with the virus, and so it spreads. So far, the most effective way of dealing with the infected are strong ammunition, grenades, and a sharp ax. Neuroshima Hex! Death Breath is a new army for Neuroshima Hex! that gives players a new experienceas the units are upgradeable with a special token pool that gives units customizable options. Death Breath also offers a large number of netting units as well as battle tiles.
Portal Games
Extensie