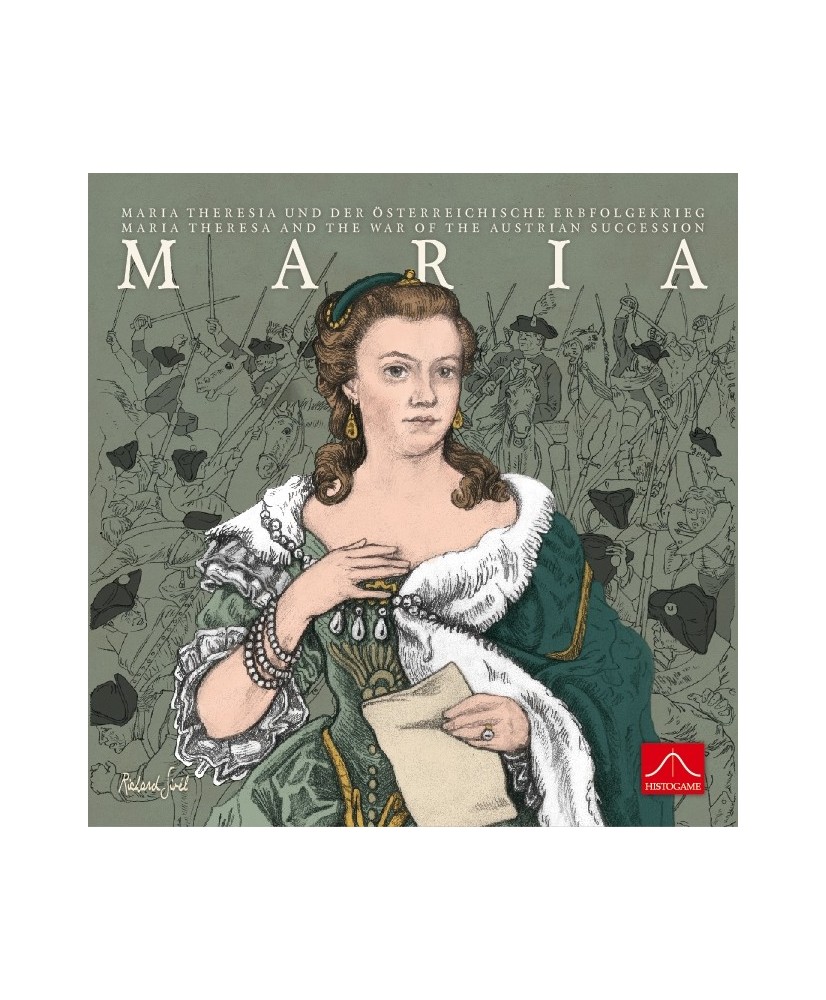 October, 1740. The 23 year old Maria Theresa ascends to the Austrian throne. Thinking of her as easy prey, Frederick of Prussia invades Silesia and quickly conquers the Austrian province. Only weeks later, Bavaria, France and Saxony attack as well, and so the War of the Austrian Succession becomes general. But there is one thing the attackers have underestimated: The strength of character and fierce tenacity of the young Maria Theresa. MARIA is a game based on the War of the Austrian Succession, where Austria was attacked by Prussia, France, Bavaria and Saxony, while only Great Britain, Hanover and the Netherlands (by forming the so-called Pragmatic Army) helped her. MARIA is primarily a 3 player game. One player is Austria, the second is France plus Bavaria, while the third player has the schizophrenic role of playing Prussia (Austria's enemy) and the Pragmatic Army (Austria's ally) at the same time. This is made possible by the division of the map into two parts, the Flanders map and the Bohemia map. MARIA is derived from the award-winning Friedrich, but has its very own character, including politics, hussars, force marches, imperial election, Saxony's betrayal and Prussia's annexation of Silesia. Subtle maneuvers, seizure of fortresses, prudent retreats, and Machiavellian politics are the keys to victory. However, players must be careful: whoever uses his Tactical Cards unwisely in battle can suddenly find himself not on the highway to glory but on the road to ruin. MARIA takes you to the era of the 18th century's ruthless struggle for power. It can be played in 2 variants: the shorter, simplified introductory game or the longer but richer advanced game, with its simultaneous campaigns in Bohemia and Flanders. 2009 Jogo do Ano 2009 Jogo do Ano Nominee 2010 Golden Geek Best Wargame Nominee 2010 JoTa Best Wargame Nominee 2011 Juego del Año Tico Nominee