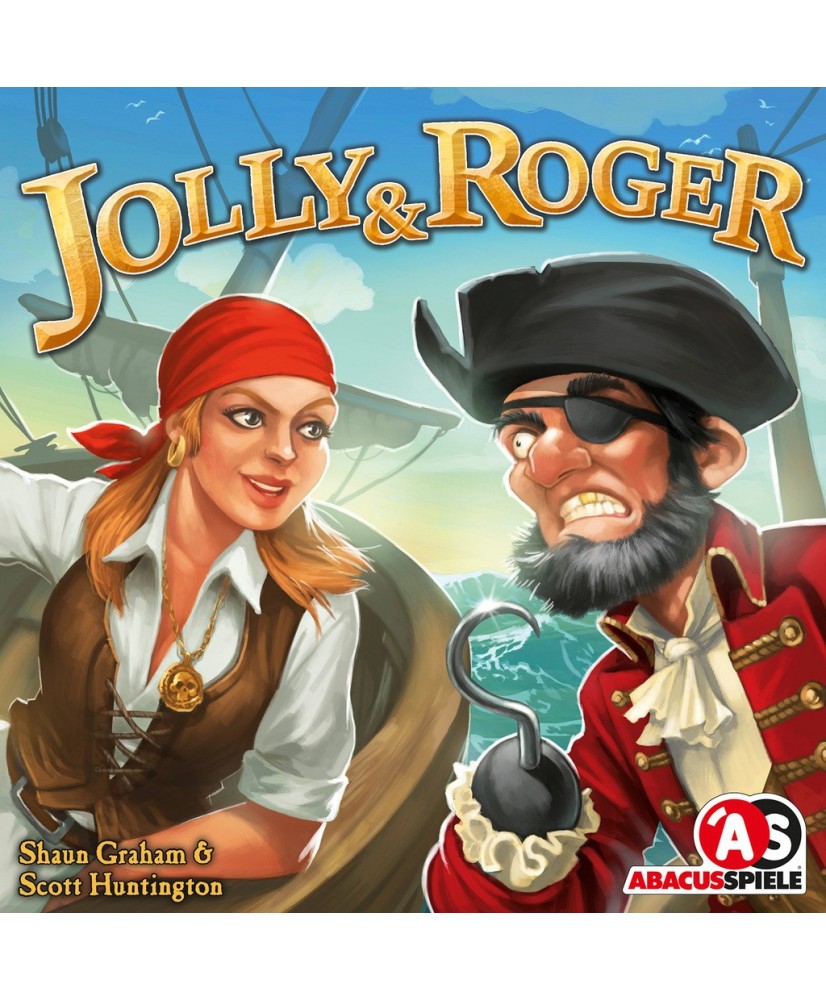 Captain "Red Beard", the infamous Pirate King, is lost without a trace after an unfortunate rendezvous with a mermaid. The power-hungry Pirate Lords have waited for this chance for a long time and seek to seize his throne. After following the old pirate code mentioning a rum cask, the reckless Julienne "Jolly" Garçon and the eccentric Jack "Roger" Hummingbird were the only ones who could still stand up. The so-called "Double-Boarding" contest shall now determine the winner between the two of them – and thus the new Pirate King. Prepare to be boarded, you landlubbers! Jolly & Roger is a card game for two players featuring the well-known "I split, you choose" mechanism. On their turn, a player draws five pirate cards and splits them into two sets. The other player then chooses one of the sets, and the player who split the cards takes the leftover set. With their pirate cards, players try to board the four merchant ships by adding their matching-colored crew members on their side of the ship. The player who has the most powerful crew on a ship puts one of his captains on the ship (possibly removing the opponent's captain) and may then use further pirate cards of that color to steal gold from the ship. After eight rounds, the game ends. Each player's captain on a ship at the end of the game captures this ship as a bonus. The player with the most gold wins. Jolly & Roger includes three types of special cards – the Kraken, the Skeleton Pirate, and Tortuga – for use in the expert variant to spice up the game.
ABACUSSPIELE
Joc de baza