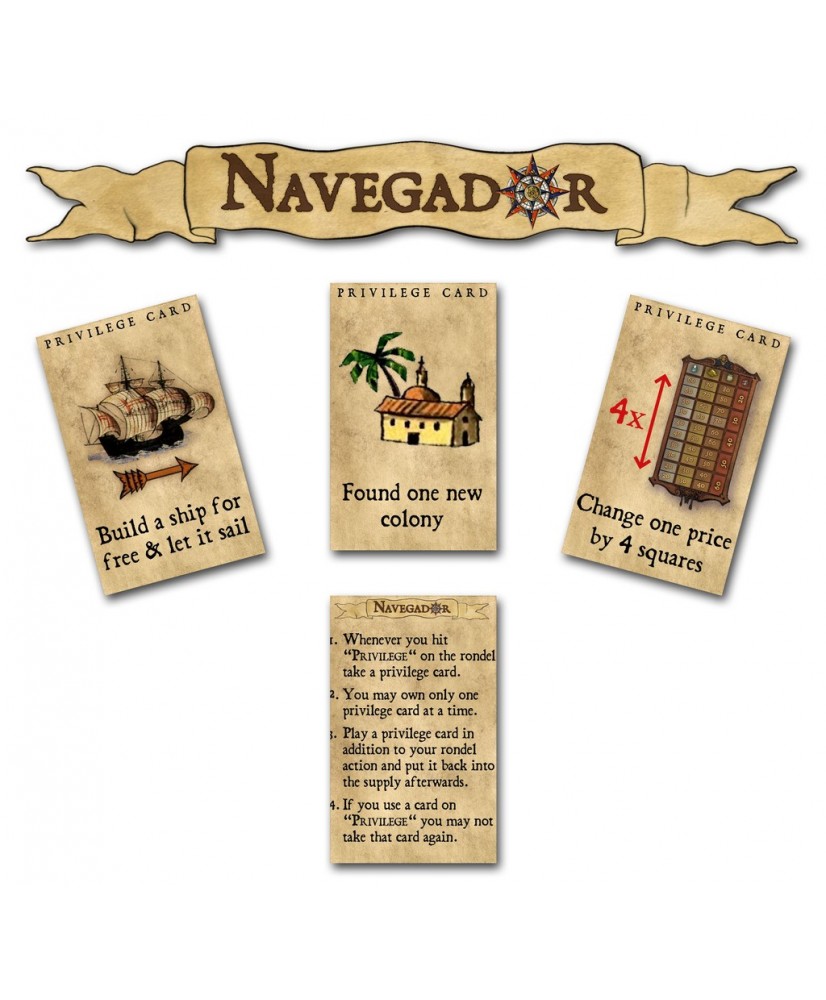 8 Forum Cards is an expansion for Concordia. These 8 forum cards can be played with all variants of Concordia. Privilege Cards is an expansion for Navegador. It consists of 8 stable cardboard cards (7 unique cards and a rules summary card) plus rules. The cards are played in addition to the players normal action and therefore enrich Navegador with new tactics and strategies. It is a cardboard sheet with rules and also includes the Privilege Cards expansion for Navegador.
PD-Verlag
Extensie