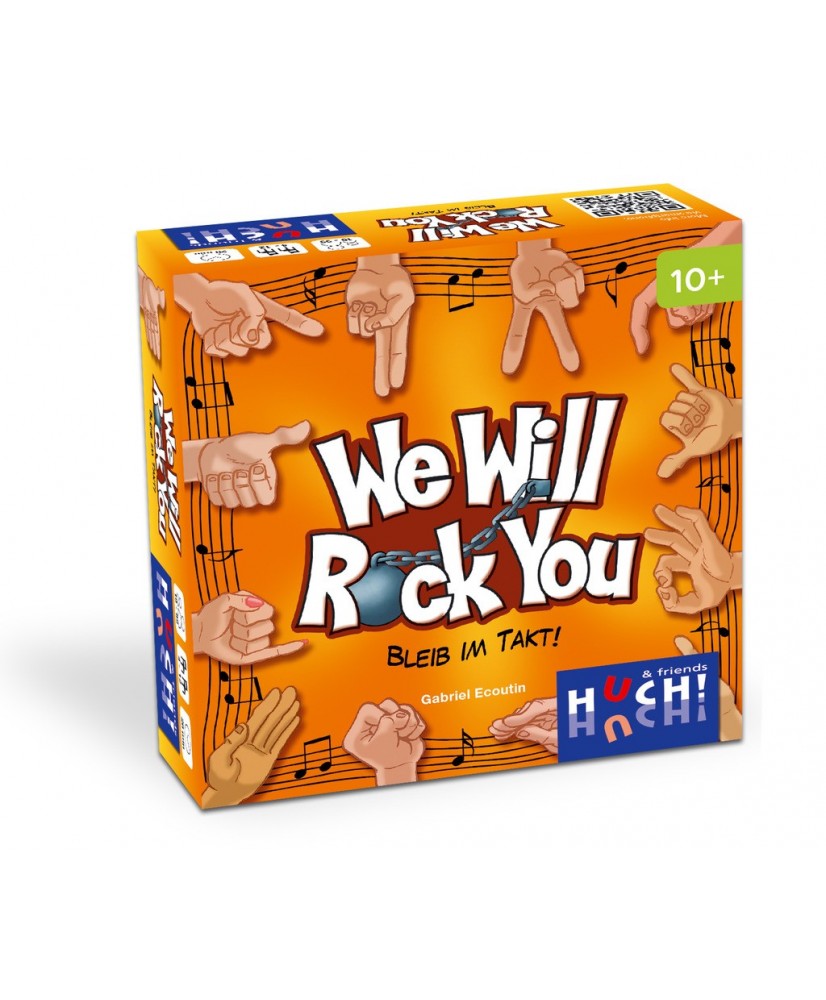 We Will Rock You

Ultimele produse in stoc
Players in Rock the Beat do just that, creating a steady beat by slapping their thighs and clapping their hands to the rhythm of the Queen song "We Will Rock You". At the start of the game, each player receives a card showing a symbol that the player can create with her hands: deer antlers, thumb's up, thumbing your nose, etc. Once the beat is established, the start player replaces the clap with her own symbol, then the symbol of another player, e.g., slap, slap, <>, slap, slap, <>. The player who holds the antlers card must repeat his own symbol on the next clap, then "throw" someone else's signal. When a player messes up the rhythm or fails to respond to his signal, he receives a new symbol card, while his old one goes to the player who threw him the symbol. This latter player now has two symbols in front of him, making gameplay trickier for him. Who will keep rocking the beat and collecting cards? Premii si nominalizari: 2010 Juego del Año Finalist
HUCH! & friends
Joc de baza