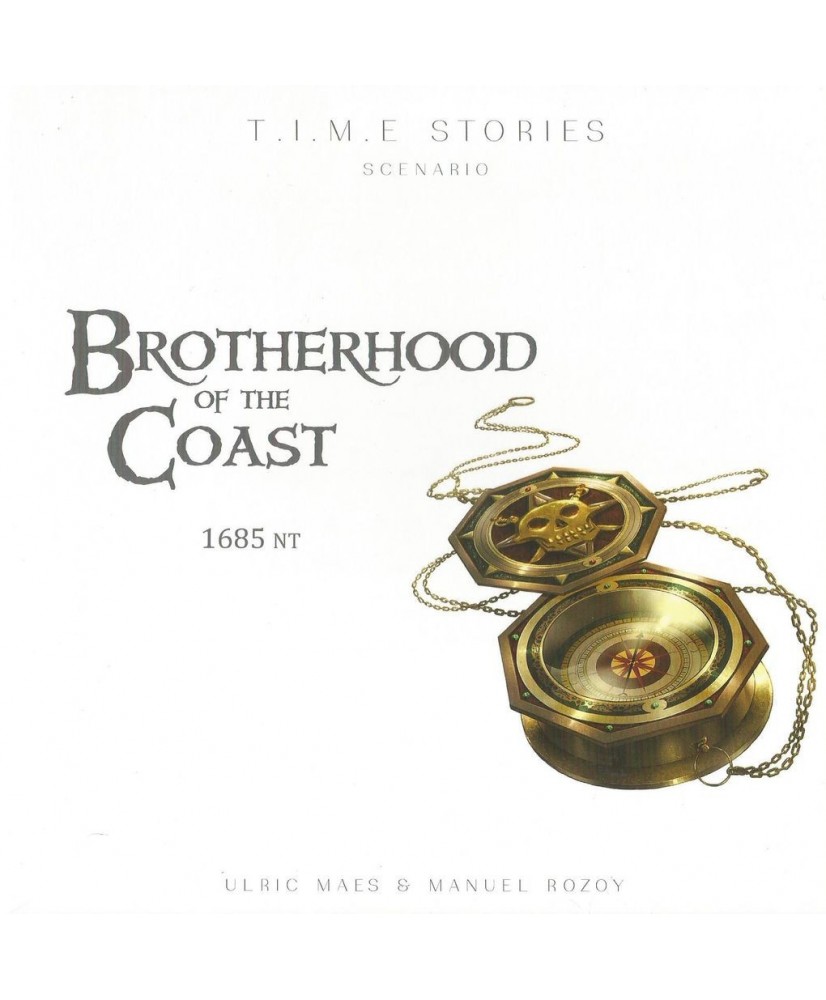 T.I.M.E Stories: Brotherhood of the Coast

Hoist the T.I.M.E Agency flag and ready yourselves to cross the high seas with Brotherhood of the Coast, the seventh T.I.M.E Stories expansion. Four seasoned T.I.M.E agents have been sent on a mission in the Caribbean in the 17th century, but contact has been cut off and their location remains a mystery. The receptacles in question are four well-known buccaneer brothers, and your help is needed to track them down. Rally your motley crew and ready yourselves for anything is possible in the waters that await you.
Space Cowboys
Extensie